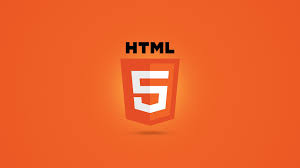 The acronym HTML stands for HyperText Markup Language which is the standard markup language used to create web pages along with the CSS language which gives the style to the page and JavaScript That sets the behavior of the elements inside the page.

Generally a markup language is a set of rules That describe mechanisms of how the data has to be shown, The formatting technique by means of markers requires a series of conventions.

HTML has been developed in the late eighties by Tim Berners-Lee at CERN in Geneva along with the HTTP protocol dedicated to the transfer of documents in that format.

By 1994 the language had a strong spread following the first commercial use of the web and over the following years the definitions of specific new language follow each other in pursuit of the extensions proposed by the browser manufacturers seeking to grab market share.

Version 4.01, released in 1999 is the result of improvements, particularly in the separation of presentational level formatting from beginning to use Cascading Style Sheets (CSS), defined in the same year in its  first version,

The W3C decided to abandon HTML and to continue the development only on XHTML and XHTML 1.1 in May 2011 becomes an official standard.

In 2004 after a group of alternative work to the consortium: Apple, Mozilla Foundation, Opera Software, and later, even Google, gather in the Web Hypertext Application Technology Working Group (WHATWG) and begin the development of a new version of HTML, worried by the lack of interest shown by the consortium for HTML.

In 2006, the W3C started to participate in the development of HTML5, and the two groups work together until 2011.

Currently HTML documents are able to incorporate many technologies, which offer the opportunity to add to the hypertext document more sophisticated controls on graphics performance and dynamic interactions with the user, interactive animation and multimedia content. It is languages â€‹â€‹such as CSS, JavaScript and jQuery, XML, JSON, or other multimedia applications of vector animation or streaming audio or video.

An HTML document begins with a document type declaration, a short string, which specifies the syntax and version it is written, this is called DOCTYPE

The outer structure is the one that defines the entire document, and is between the

Within thetag the standard is always to define two distinct sections and arranged in orderly sequence:

The body, enclosed between the

and , which contains the text, images and links that constitute the part displayed by the browser.

The tags used in the head section are not normally displayed by the browser but serve as control information such as:


Within the body section, we use specific tags provided for formatting the content accessible to the end user: