Error and exception are part of a web developer on a daily basis, learn how to handle them gracefully 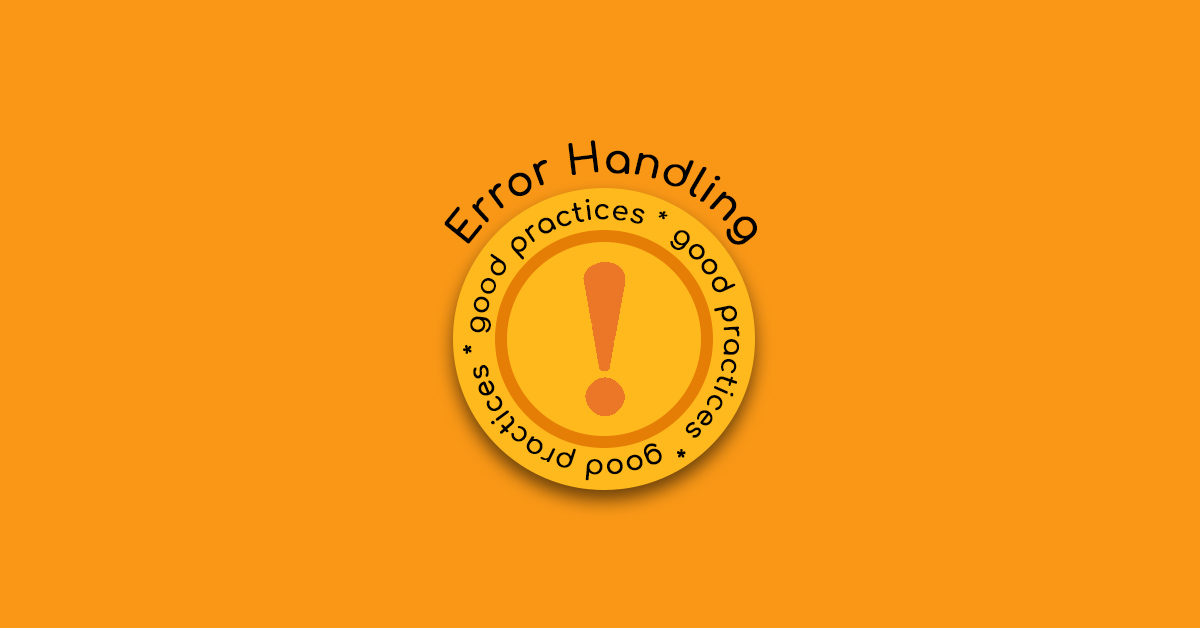 In this series, we are exploring what are the best practices a web developer must take care of when creating or managing PHP code.

A strong breeze is cooling down the evening,

the weather has not been kind lately and the rain has been fallen continuously for the past 2 weeks and it does not seem it wants to stop anytime soon.

inside a factory, several men are working like hell on something that has the potential to change the world as they know it. The final test will happen in a few minutes and it will be the result of weeks of research, hard work and calculation.

A flashlight up the room for a second then dark again, another day has passed, another failed one, another error.

If you have ever heard motivational speaker like Brian Tracy, Tony Robin, Zig Ziglar or Jim Rohn you know that all of them have a problem with the way schools run around the world.

In university and colleges, errors are punished rather than welcomed,

In the real world though, errors are the only way you can become a better one.

This is especially true in web development.

Trial and errors are definitely the best way to become great and to craft your skill.

It is also true that we need to be careful and pay attention to the error we make.

The reason for making errors is that we can manage and learn from them.

PHP make it easy to handle, manage and learn by error that can occur in your code.

How to manage errors in PHP 7

If you ask me what are the features that have improved the most between PHP 5.6 and PHP 7 or PHP 7.1 I will surely put error handling in the top 3 positions.

The seventh version of our beloved programming language brought to us an interface with a defined goal:

it needed to be easily implemented and be useful in lots of cases.

in fact, can be implemented by both types of class (Error class and Exception) and supply and a handful of methods that we can use to better understand and analyze our error.

Here you can see the class and how can you use it:

and the actual code you can use to try a block of code and throw an error or an exception.

Whoever has dealt with error prior to PHP 5.6 know what type of pain it was and the headache he needed to deal with during the debugging phase.

Previously errors were produced within the engine and you could have handled it as long as they weren’t fatal errors.

You also needed to consider that errors and exception were two completely different things in your code and it added another layer of difficulty to the already complicated situation.

From PHP 7 onwards, fatal errors result in error exception being thrown and you can easily manage not fatal errors with bespoke methods

I can, for instance, run some code and only throw an error in case of a fatal occurs.

If this is the first time you handle errors or you see a try-catch this may seem confusing you may feel you want to step back a bit,

Don't worry, in Php Basics you will find all you need to know to be ready to read this article.

Bear with me while I explain what is happening:

In our pseudocode we have to element a variable and a funtion, both of them have not been defined, thus are unser or inexistent.

PHP handle an unset variable differently that a undefined function,

the first one is just an invalid variable a notice error, web developes work long hour, it can happen often,

the second error instead is an actual fuction, with maybe some important logic in it.

That is why in PHP an undefined function is a serious problem, a fatal error.

Having these two lines of code within the try block permits the catch to instanciate an instance of the Error class (the variable $e).

$e implements the Throwable interface, which means it can use all the method you saw in the previous paragraph. Hence $e->getMessage();

There may be occasions in which some errors that are not instace of the Error class occur.

If these errors are not fatal PHP allows you, as a developer, to define bespoke function and handle them the way you prefer.

To do so you need to use the set_error_handle() function.

The fuction can stop the script,

if you do not want it to continue or return a value and continue when the code invoked the function in the first place.

Let’s have a look at a practical yet easy example below.

set_error_handle() cannot manage fatal error, which means that, in order to test it, we need to simulate a warning (a division by zero will do),

then we’ll define the content of the function and catch the error when it occurs.

Do not forget that you want to hide errors from the production environment when an error occurs it has to be visible only on local or a staging server.

In fact, showing an error in production can give a massive hint about the vulnerability of your website to a hacker or malicious users.

To do this you can edit 3 settings within your php.ini

PHP has several functions that can make handling errors and easy tasks in this section you will find a brief description for each of them.

Exceptions are relatively new features of PHP, they have been implemented only in PHP 5 but they quickly became a core part of any object-oriented programming script.

Exceptions are states of the scripts the require special treatment because the script is not running as it is supposed to.

Both Errors and Exception are just classes that implement the Throwable interface.

Like any other class in the OOP world, the can be extended,

which allows to create error hierarchies and create tailor the way you handle exceptions.

Something to pay attention to and that can lead to errors and misunderstandings is that you cannot declare your own class and then decide to throw exceptions.

The only classes that can throw error are the ones that implement the Throwable class.

Let's play a game, look at the code and answer the following question.

Which exception is thrown?

In the example below the exception thrown is the SubException, it inherits from MainException which extends Exception.

The block is evaluated from the first (the one on top) to the last and when the exception matches the name of the class given it is triggered.

This above can be considered the best practice because we narrow down the message we want to show and eventually.

In case none of our classes matches, we use the PHP class Exception for an overall check.

Catch multiple exceptions at once

Until now we have seen several tries with several catches.

Each block of code echo a message with different errors,

Think at the case we create a dozen of different exceptions,

should we add a dozen of catch blocks? And what if we want to handle several types of error in the same way?

To manage this situation PHP provided the pipe keyword “ | ”;

Here is an example of how to use it:

I am sure you have already seen a switch-case conditional structure in the past,

if not I got an entire article about conditional statements in PHP.

One of the elements of the switch statement is that if none of the cases is evaluated eventually a “default“ block, if present, is going to run.

A common use for this keyword is, as shown in the example above, when we need to close a file that we have previously opened inside the try block.

You must remember that the code inside the finally block is always executed, even if exceptions are thrown earlier in the script.

But you are free to use it whenever you believe this will help your case.

Thomas Edison came from the humble origin and it is confirmed by historical data that he wasn’t the most brilliant of the individual.

Anyway, his capacity to surround himself by creative and passionate people, plus the ability to deeply analyze and learn from his error made him one of the best inventors ever lived, surely one of the most wealthy and famous of his era.

With no hesitation, I can say that we as web developers can do the same.

Maybe we will never invent a world’s famous application or change the life of billions of people with our website but there is no doubt that by learning from our mistake we will increase our skill way faster.

Managing errors is a fundamental part of this.

Learn how to properly do that and master all the possibility available in PHP and its components such as PHPUnit and Sentry will make this task easy for each of us.

Useful components or website you can use to manage your error right now:

Good Practices: use stream in PHP