We have heard about JIT for a long time and it almost among us, learn all there is to know about it 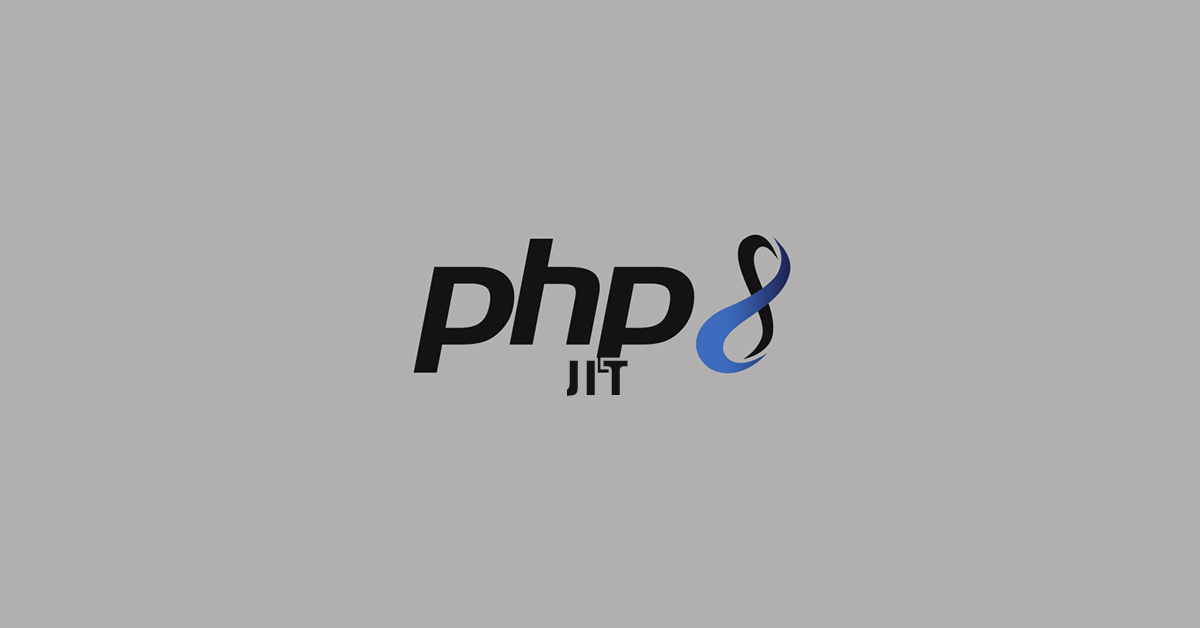 One of the most anticipated features of the upcoming PHP 8 is without any doubt JIT.

JIT is acrimonious of Just In Time, it is an approach that compiles portion of code at runtime.

Consequently, that compiled portion will be used.

To put it in simpler words, It would be like copying some code in memory while running it.

The scope of this is to be able to create faster applications.

In this article, you will discover how and most important when to use JIT.

Let’s start from the very beginning,

There are 2 types of programming language:

Languages as C, Java or Rust are compiled, it means that after you write you code you need to execute it,

When you do so, a compiler will take care of your application and return an error if that occurs.

PHP, on the other side, is an interpreted language, this means it is translated to machine code at runtime.

When you execute some PHP file 4 main stages happens on the background:

So as you have seen above the code is compiled into a series of instruction.

These instructions are called opcodes and are comprehensible by the virtual machine,

A little note about the latter:

PHP comes with a virtual machine named the Zend VM.

The opcode you were reading above is a low-level programming language, it is way closer to the machine language than PHP.

The format of these opcodes is numeric identifiers determining the type of instruction performed by the Zend VM.

This is translated in faster interpretation when compared to other languages.

These opcodes are then executed by the Zend VM in the runtime stage.

This part of the execution is called compile time.

What part plays JIT in all of this?

You need to look at JIT as an independent part of OPcache.

Almost like an extension to cache, the opcodes works so that compilation occurs only when it is required.

JIT will consider the instructions generated for the Zend VM as the intermediate representation.

PHP will generate architecture-dependent machine code, to make the host of the code the CPU rather than the Zend VM.

Sorry about the long introduction but some explanation was due,

I am sure that even among the more expert reader here, there was something that they did not know.

Let talk about the main reason you are reading this article,

What is JIT and why this is very important for the future of PHP?

The RFC to add JIT to PHP was opened by Dmitry Stogov,

The goal of the RFC is to have JIT working as a cached version of the interpreted code, always considering that it is generated at runtime.

JIT is implemented as an independent part of the OPcache.

Another relevant characteristic is that JIT could be enabled or disabled using different methods.

They would be a compile time-and at runtime.

Consider JIT to work as a guard,

This guard looks at the code while it runs, this JIT senses parts of the code that are re-executed.

It will set the parts as warm and hot depending on how frequent these snippets are executed.

These hot bits of code can be compiled as machine code and reused on the fly rather than use the real code.

This is the reason the JIT compiler is supposed to improve the performance of your software, by a lot.

When JIT is enabled the native code of the PHP files are going to be saved in a sector of the OPcache shared memory and the op_array will retains pointers to the entry point of the JIT code.

The mind-blowing point of this is that this procedure does not require any engine adjustment.

In theory, this new feature is simply amazing,

And that is the reason the idea to implement JIT in PHP started with PHP 7.

In fact, Dmitry Stogov started this project back in 2011.

Since then he and other core developers have tried to implement JIT 3 times.

The problems that the implementation of JIT would cause can be resumed in 3 motives.

The first one is that, as you will see below, there is not really any considerable improvement in the performance on web apps (and PHP is mainly used as a language for developing in the web).

Next, we need to take into account that this feature is incredibly hard to maintain and the PHP core team need someone that can work with this low-level language constantly in-house.

JIT, in fact, generates machine code, I do not need to remind you how complicated this content is for a 'higher level programmer' to understand.

That is also because if you have machine code as output,

It is difficult to debug errors thrown in the PHP's JIT compiler.

It is logical so to have someone in charger of the maintaining of this feature,

A good point is to train people about how the compiler works, on this, we go straight to the latest reason.

Especially in the last couple of years, we have seen that PHP is in continuous evolution.

Which means there could be different patches the team could have been followed to improve performance and maybe get a better return on the time invested than the one spend while working on JIT.

These above where all reason to discard the JIT project altogether,

In 2020 the situation is a bit different.

Currently, instead, PHP 7 has been updated consistently every year and the core team does not believe there is more room for improvement rather than the use of JIT.

Why is JIT useful?

Adding JIT among the tools a PHP developer has at his disposal supply the possibility to develop built-in function in PHP, rather than doing so using C.

This means that won’t be the performance disadvantage related to this problem.

This also means that it would be possible to create a more secure implementation and innovate the code faster.

The reason being these type of improvements are prone to rely on memory management, overflows and other C-based issues.

As you might have imagined already, implementing JIT causes a lot of calculation to take place over time.

The problem is, as I wrote above, that PHP is mostly used for coding application on the web.

These types of application are not famous for having a lot of hot code that deal with the requests.

Why does it matter?

Because since JIT works on a hot and warm bit of code the improvement is not going to be as significant.

However this argument does not mean that JIT is useless and we should care about it,

Actually, quite the opposite.

Implementing it is going to create an opportunity for PHP outside of the web realm, (machine learning anyone?)

Also, you need to consider that this will be the first implementation of JIT, and other improvements will surely be on their way with PHP 8.1 onwards.

How to use JIT

You can enable JIT in your machine by specifying the size of the buffer of the Opcache option in your php.ini file.

Make sure the directive is included because the default value is 0 and JIT will not work.

Another directive you should set is the mode of JIT, it determines how JIT will monitor to the hot parts of the code.

There are 2 option here, the first one is function the second one is tracing.

Once all of this is done, you can verify if you are running by using the PHP function opcache_get_status()

If the enabled key is positive, you should see a performance improvement straight away.

What does the future hold for JIT?

As I repeated a few time over this article probably JIT will not be a feature as groundbreaking as we imagine but, it opens the door for many new implementations.

It will allow us to do the thing we could not even think were possible in PHP.

All the crazy calculation needed for programming machine learning, AI, IoT and other fancy stuff like that.

The future is still opaque because we still do not know what we will be able to do with it.

But this is not the point,

That is ok if JIT do not provide any meaningful improvement in the short-term.

What is important for me, and it should be for you as well, is that PHP has now a lot of opportunities to become a growing programming language.

If I think a few years back many considered it as a dead language.

That's it for now,

The series regarding PHP 8 is over,

I have been trying to explain as much as possible in the easiest way.

Hope you enjoyed this bonus article all about JIT.

This year we are going to see a lot of improvement, amazing features added to the language and as always significant changes.

PHP is alive, now more than ever,

This update will demonstrate it.

If you want to challenge yourself with something more advanced why don't you try with some design patterns.