What are the new features and changes of on PHP 8? let's discover them! 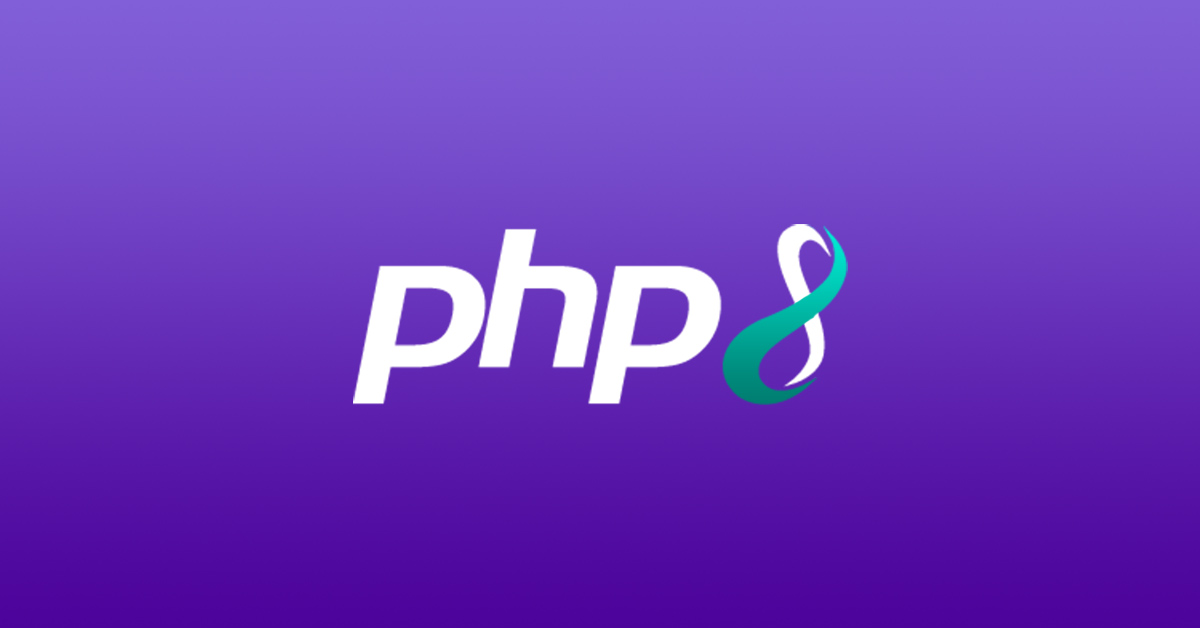 Less than 12 weeks and we are going to see another milestone achieved by our favourite programming language.

The 26th of November, in fact, the new stable version of PHP 8 will be officially released.

Since August the 4th, the version is in feature freeze.

It means that no more RFC are applied and the features that have accepted are the only one we are actually going to see.

Even if this does not sound too good, there is no need to worry, there are going to be plenty of new features and syntax hacks available for us to playing around.

My goal with this post, and a few other posts in the coming weeks is to keep you up-to-date with the latest news about PHP 8 so we will be as ready as we can be when the new version will be finally released.

If you want to be notified every time a new post is published take advantage of the newsletter by inserting your email.

Let's jump into it!

To start with, let’s talk about what’s on our schedule.

As said, from the beginning of August there won’t be any new feature added to the project,

Then it will be the time for several rounds of release candidates, in order from PHP 8.0-RC1 to PHP 8.0-RC5, they will occur during the autumn months of 2020.

Below you can see a table with all the dates.

To have a deeper understanding of what it is going to happen to check out the Preparation Tasks page of PHP8. 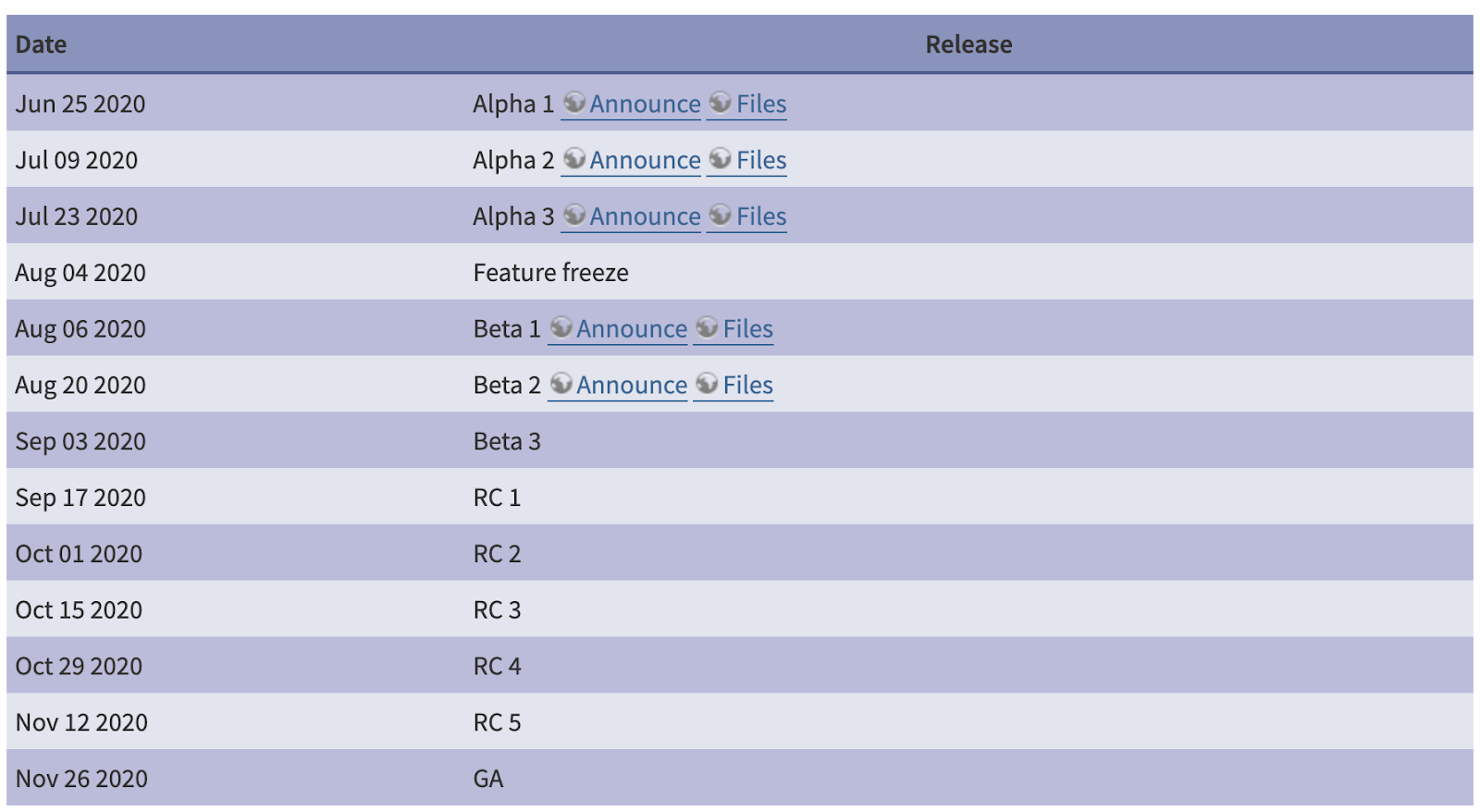 It is time for the nitty-gritty of this post.

The reason you are reading this!

What are the new features? What will you be able to do with the language from this winter onward?

Starting with syntax changes and various improvements we are going to see quite a lot of new tricks and functions available on the PHP core arsenal.

How would you check if a string is contained inside another string?

The best way to do that so far is by using the strpos() function and indicate the needle you are looking for.

The returned value of this function is an integer that indicates the position for the first character on the string we are looking for (the needle).

If the needle is not found strpos() returns 0 which count as false in a conditional statement.

This works but clearly in 2020 is not the best way this should be done.

What the new solution then?

Here is another PHP function that, in my opinion, should have been implemented a long time ago but thanks to the new speed of the language it only makes sense now.

The question this function answer is:

How to check if a string starts with a specified string?

The solution up to PHP 7.4 would be something like this:

Which to be honest I have never used and I strongly believe you didn’t too.

What’s the news then?

If you have read the previous paragraph this is pretty straightforward

I remember seeing an interview with Rasmus Lerdorf in which he explained why the earliest versions of PHP didn’t have any check against this type of error.

The reason was that this is an error so easy to fix that having to write an exception just for this case would not be reasonable in term of performance.

Now that things have changed and PHP is way faster the DivisionByZeroError from the standard division operator is reality.

We need a way that actually does not trigger this type of diagnostic.

fdiv() that implement floating-point division and its siblings fmod() and intdiv() returns INF, -INF or NAN depending on the cases.

Imagine to have the following code:

The output consists of only the type of data, which is exactly what we want in this case,

What if, instead, we need a bit more information about these variables?

The solution would be to use get_debug_type() function.

A type of variable you can have in your PHP application is resources.

It can contain files or something abstract such as a connection to a database.

An id is assigned to each of the resources active in the script and until now if you wanted to get it you should have done it by casting the resource to an integer type.

An easy syntax enhancement that makes your life way better if you do this often is to use the new function as below.

PHP was born as a loosely typed programming language,

Even though with the years the trend has been to make it stricter and stricter there is still occasion in which there is the need to take into account a bit of flexibility.

PHP 8 implements the possibility to indicate two or more types for a single variable.

In this case, you can use the ? ( question mark notation)

Also, note that this new feature does not work if the values are of type void.

As you know the arguments of a function are passed by order.

The rule is very strict here and generally, there is nothing we can do.

PHP 8 has changed it making this part of the code way more flexible.

In the next version of the language, the argument can be passed into a function based on their name too.

Look at the following example:

In this case, age PHP will understand that the second attribute is the age and will be considered at third.

This feature takes care of all the errors that can happen as well.

Just consider the case we misspell the name of the variable or combine named and ordered arguments is a way that is not accepted.

PHP will throw an error specifying what happened and how to fix it.

This is a quite complex feature that has several exceptions and way to work at its best.

If you want to delve into this Brent at stitcher.io wrote a whole article showing us all the secrets of Named arguments

This is the feature the majority of PHP developer around the world is waiting for the most,

You see PHP is an interpreted language,

The “interpretation” happens line by line.

JIT (that stands for Just In Time) act as a compiler.

It compiles some parts of the code during runtime and the effect that you will see is like if your code has been cached.

Of course, what we expect from this is a very big improvement in performance and a reduction in execution time.

This has been officially tested by Pedro Escudero and his studies shown an improvement near 50% from the JIT and non-JIT version of PHP 8.

If you came across the string ext-json it likely was because your script needs the extension to make json work and your PHP didn’t have it installed.

This, even though not a huge issue required you to check what version of PHP you are running then install the extension that makes the code work properly.

This is going to change with the implementation of PHP 8.

JSON is so popular right now that it made no sense to keep the extension relative to Json not available in PHP automatically.

The good news is that now ext-json will always be available.

At the current time, it is impossible to throw an exception where only expressions are allowed

The RFC by Ilija Tovilo is set to be very helpful because it makes it available to use the throw keyword in places like arrow functions, the coalesce operator and the ternary/elvis operator

Since in PHP throw is a statement it makes it impossible to throw exceptions in places where only expressions are allowed, like arrow functions, the coalesce operator and the ternary/elvis operator.

This RFC proposes converting the throw statement into an expression so that these cases become possible.

Here are a few example of this chage:

When learning about OOP in PHP you surely encountered the keyword self,

When used inside a class it refers to the same class in which the new keyword is actually written.

Since the self keyword is used in static classes, which are classes that do not require an instantiated object in order to work,

This keyword refers to the class members, and not for particular objects.

Is not rare to see a method that returns new instantiation of their own class.

With the implementation of PHP 8 is now possible to return the type of static too.

Even though this is quite straightforward and easy to implement PHP 8 implements an enhancement on the syntax.

From release day in fact we can simple do this:

The result will be the same.

PHP 8 is going to officially be among us in just a bit,

These above are just a few updates that the new version is going to add to our arsenal of tools.

The guys at the core of the language have been working for months to arrive at this point.

And I want you to be ready when the calendar mark will hit the 26th of November of this year.

Meanwhile, you can brush up all the current state by reading the new features brought by PHP at its 7.4 version.

Or, in case you fancy something more advanced you can opt for Conteinerize your PHP project using Docker

PHP 8 New Features [What you need to know]